When writing update.img to nand RKBatchTool failes with following message: "Prepare IDB Fail" (or similar error messages like "IDB download failed" when writing to emmc with other tools) The board is "bricked". It is not really bricked, first make sure there's no SD card connected while trying to flash the device, otherwise the bootloader is corrupted at this time, you can always recover it.

The emmc shortcut pin was put on the top of the som, makes it easier to unbrick it 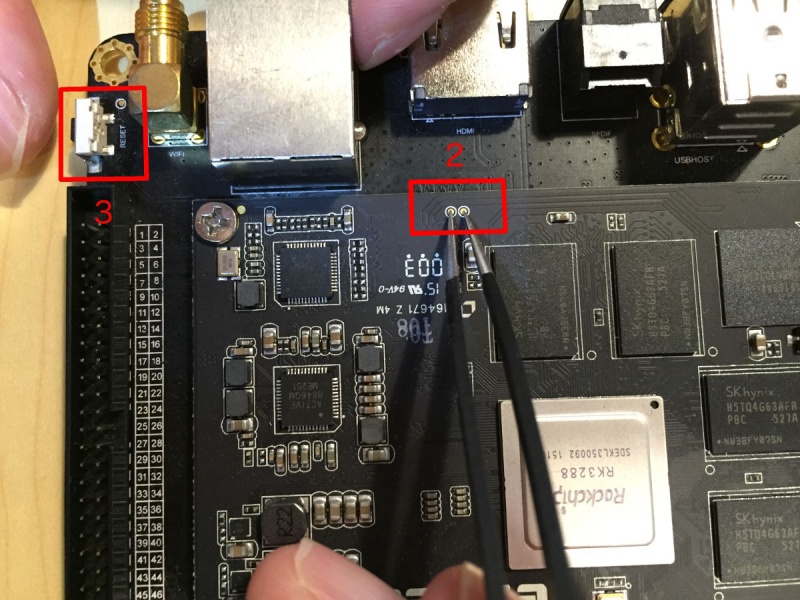 For upgrade_tool under Linux, you should read Maskrom if successfully shortcut the pins.