The initial idea for us to make the SoM is that there are many requests from the customs that they want something similar to rock pro/lite but with some modification or extra/less components. We make the SoM because the baseboard is easier to modify and less time to make the pcb and verify the system. Also, SoM is actually easier to manufacture because it has less ports, thus will save cost for the customers. Your question is actually the seamless upgrade for the SoM. We did not consider that(Actually we did but a standard interface will drop some features of the CPU - rk3288, so we choose a custom interface with all features of rk3288). So the answer is no. We can make sure that the case can be compatible but not the base board.

The Rock2 SoM have the following spec

It's the minimal system. Based on that, we made the full base board with implemented almost every feature of rk3288, it looks as below: 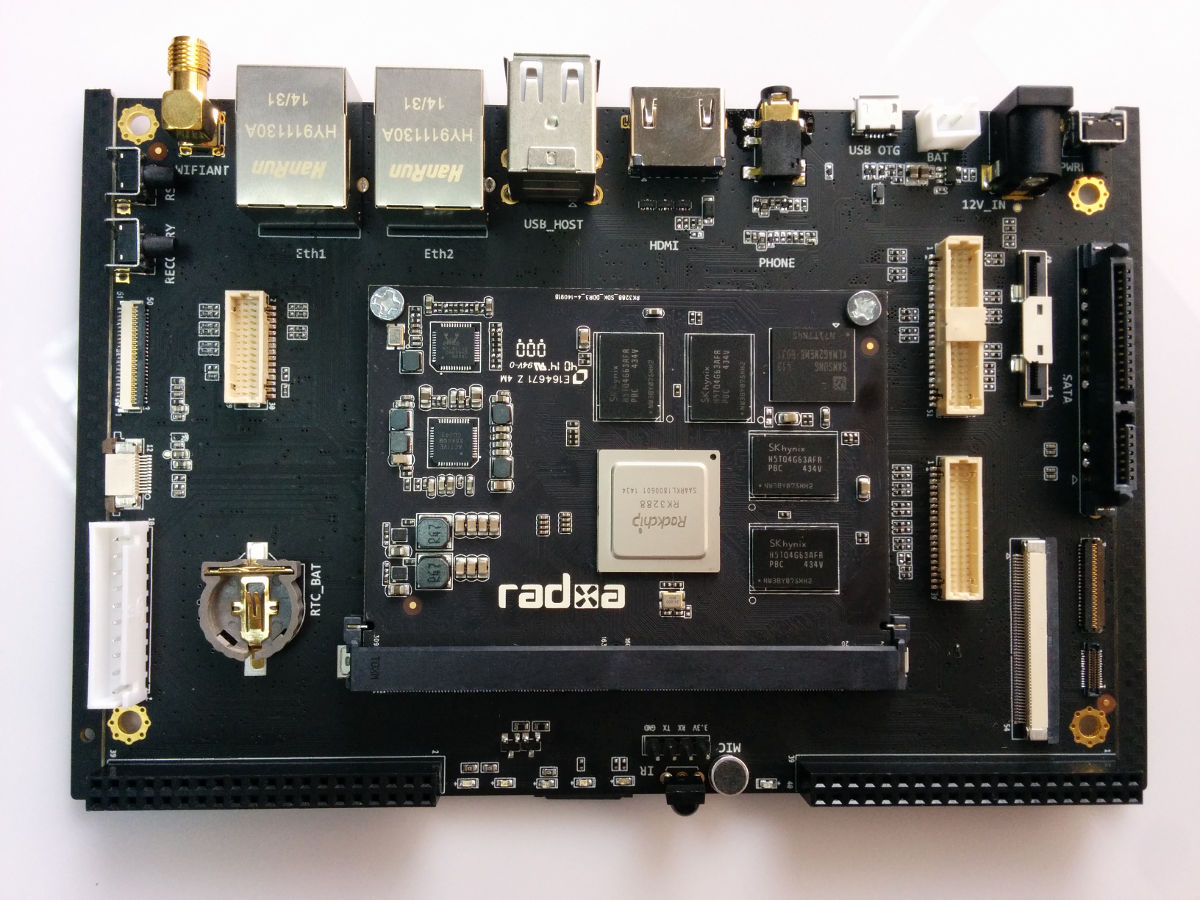 The size of the full base board is 110mm x 200mm and it has features that many customers wants but we also found that the cost is not many personal user want. So we decide to cut some ports off and make a strip down version. That is rock2 square baseboard: 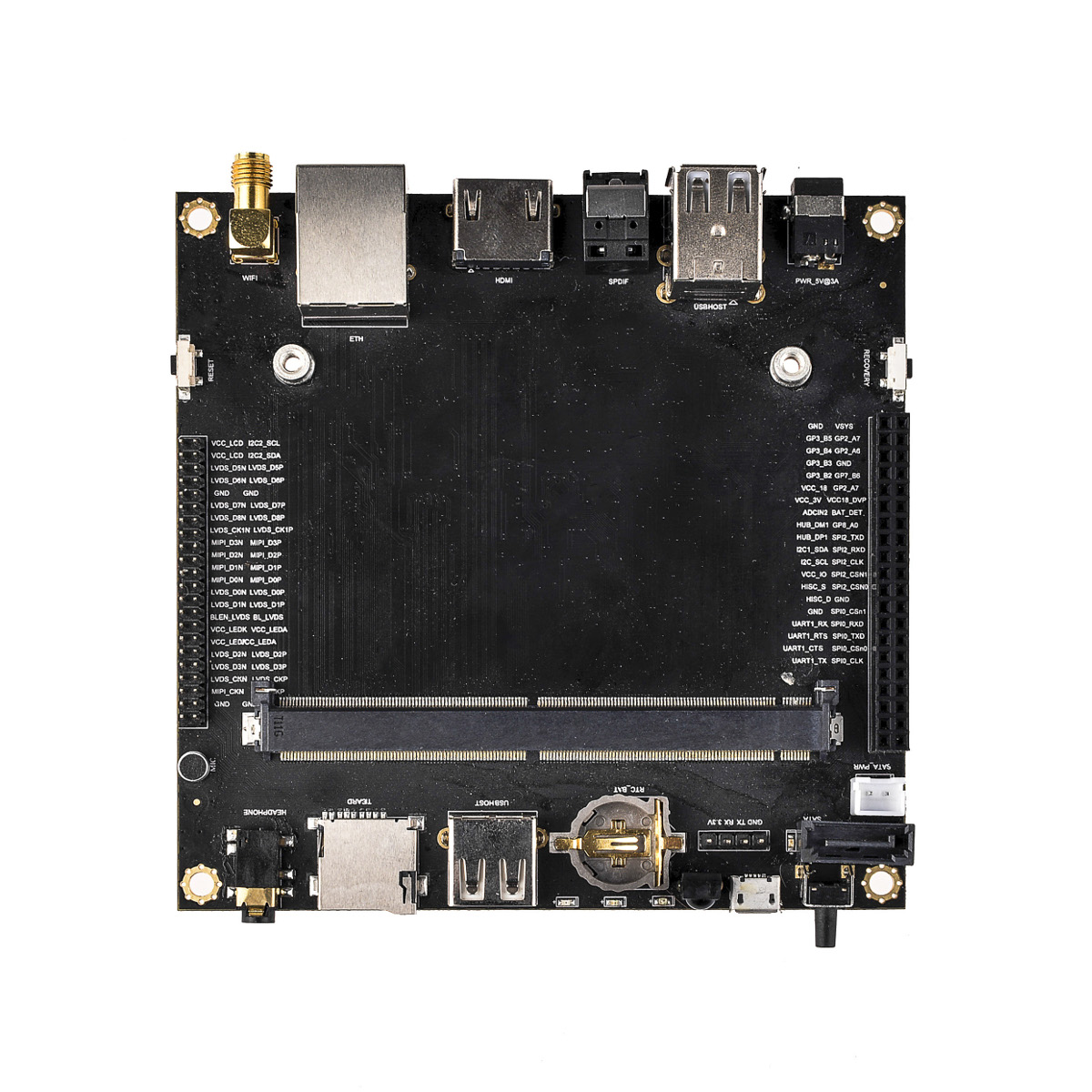 On the software side, the both the rock2 square and full support android 4.4 and soon android 5.0. The factory firmware is android 4.4 since it's stable enough for daily usage. Andriod 5.0 is already running with full features on rock2 series, we just need more optimization for the audio/video etc. For the Linux distributions on rock2 series, we customize a Linux distribution called rabian base on Debian 8(jessie). Why customize distribution? Because nowadays there is still no standard ARM distribution. We want to provide easier updates for all users. We don't want to flash a new image just for a new feature of the kernel. So we setup radxa package repository and provide the packages instead of images for upgrading. Why debian? Because Debian is stable, has longer life cycle and support time. It's better for us to polish our own distribution. Current status of rabian is we have every ports working as well as wifi/bt, hardware decoding and 3d acceleration is not implemented yet. Rabian will also support rock/pro/lite soon.

Rock2 beta version can be bought on radxa store today from the following link:

The beta version is the pre-production units(around 100 units are made). We are not going to change it much at the massive production except some manufacturing improvement. It's good for those who wants to try the new gadgets or hardware expert or advanced Linux user. To thank those who try new things, we provide a coupon code for rock2 square, which is ROCK2^2BETA. Use it at the last step of checking out after you log into your paypal account. The shipping will be within one week.

Thank you for those who support radxa as well as those who complains radxa. We are small team and have limited efforts but we want to make things better and better.